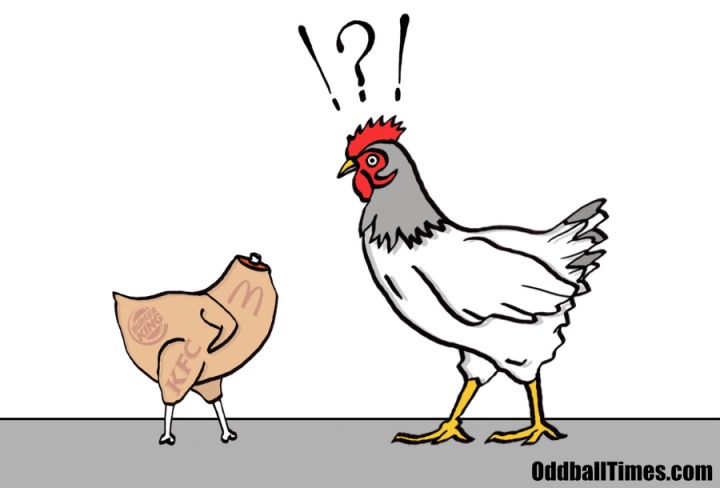 Have It Your Way… If I really had it my way, I wouldn’t put every single one of these restaurants in the worst part of town where I definitely have to use the drive through, making sure my car doors are locked to avoid having to spend the afternoon at the police station looking at mug shots.

I’m Lovin’ It… When I have to shout my order to a robotic ear when the person on the other end working on a zero hour contract is only five feet away, and I have to speak to them face to face anyway seconds later when I’m paying them. I’m lovin’ it when I’m handed a brown paper bag like an addict only to drive around again and park in the car park to eat my food as taking it home would only make it colder than it already is, and I’m lovin’ it when I get stomach cramp because I ate it with my seatbelt on.

Finger Lickin’ Good… And appreciate how many fingers you have because what you’re eating may have been bred with less appendages than they ought to have just so that this conglomerate once owned by a satanic santa could mass market them to you by throwing some coating (that everyone by now knows the recipe to) over it and stick them in a bucket so that you can feed off their misery and call it a meal.

Eyeing it all up! View all posts by Specky Third Eye