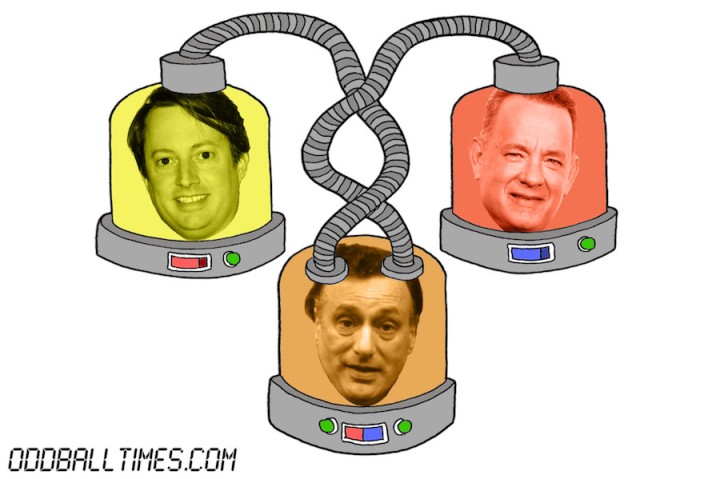 This week on Celebrity Gene Splicing we bring you Paul Eddington, the late great actor who starred in Hammer’s The Devil Rides Out and TV Sitcom The Good Life. Paul, in case you didn’t know, was made by mixing the genes of David Mitchell with those of Tom Hanks. By combining Hanks’ mouth with the rest of Mitchell’s startled facial features, Paul Eddington was created in the pods you see above.

Since Tom Hanks is the 17th cousin of Winston Churchill and David Mitchell once remarked that “When I was at school I either wanted to be a comedian-stroke-actor or prime minister”, it was written in the splicing stars that the pair’s genes would create the lead actor of Yes, Minister and Yes, Prime Minister.

This case of celebrity gene splicing proves once and for all that the ambitions of a celebrity is coded in their very DNA and this can therefore be transposed into any subsequent spliced celeb! With the character of prime minister Jim Hacker convincingly played by Paul Eddington, both of Mitchell’s childhood aspirations were achieved by proxy. This vicarious vocation avid readers, has possibly happened twice, because if you look closely you can see that David Mitchell’s features are also present in the face of ex-prime minister David Cameron, who was also a comedian-stroke-actor.