Watts: What Are They? The History Of Speaker Wattage 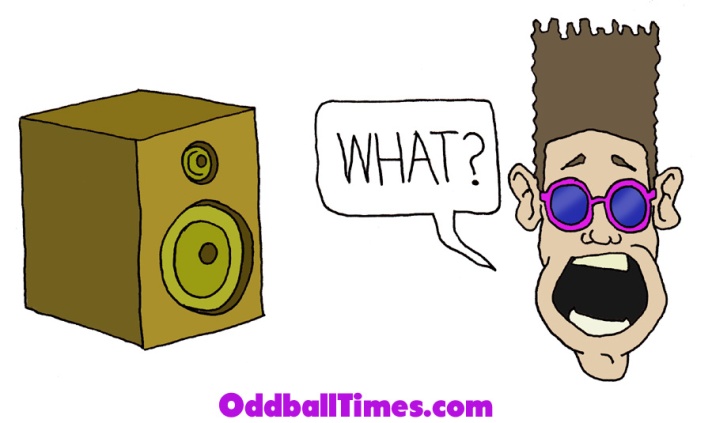 Have you ever wondered how the wattage or “watt” rating for speakers is worked out?… Well wonder no more.

Back in the 1970s when amplifiers and speakers were becoming louder and louder (a time when volume knobs could be turned all the way to 11) a professor of audiology named Sebastian Soundstein decided to rate audio equipment such as hi-fis and boom-boxes so that the average consumer could easily recognise which were the loudest.

Soundstein came up with the “watt” rating by placing audio equipment on one side of an auditorium and having his assistant stand on the other side. He would then play the same piece of music through various loudspeakers and being a scientist, he was partial to a bit of Dr. Hook.

As the Professor played his favourite song “Sexy Eyes” at full-blast, he shouted the name of each member of Dr. Hook such as “Rik Elswit” and “Dennis Locorriere”. His assistant who, as it happened was not a fan of Hook, then had to decipher these names and every time he replied “what?”, the professor noted how many “what’s” it took before he could understand the names being shouted to him. Rating these speakers was a gruelling experience especially for a 500 “what” speaker which took hours to complete.

Unbeknownst to the professor however, the intern was also dyslexic and he misspelled “what” as “watt” and thus the modern day speaker rating was born.

So now you know this little piece of music history, you can walk into any hipster-owned electrical store with your head held high and buy with confidence, and when the assistant walks up to you, you’ll know exactly “watt” the audio jargon is.