This week in the Celebrity Clone Lab is Perez Hilton. Even though he doesn’t want the public to know, we’re gonna out him as a clone of the late actor Doug McClure.

If you don’t already know, Hilton, a blogger, columnist, and all-round douche is a hypocrite of the highest order. He is known for complaining about people’s use of anti-gay slurs but he at the same time is known to ignore his celeb-friends’ use of racial slurs. He is also known for outing alleged homosexual celebrities despite being a closet-clone, and he has bullied certain celebrities whilst simultaneously campaigning against bullying, ironically once calling will.i.am a “faggot”. Perez later admitted that he considered calling The Black Eyed Peas frontman a “nigger” to “get a reaction”.

All this of course, is down to the flawed cloning process. After taking a swab of Doug McClure’s DNA, the sample was mistakenly left in the wrong fridge. Instead of placing the petri dish in the laboratory fridge, McClure’s DNA was placed in the food fridge and it therefore came into contact with a half-opened stick of butter. The scientists think that this is the reason Hilton was so overweight when he was first created.

To top it all off, a dyslexic lab intern whilst inputting the cloning data, misspelled the titles of Doug’s films which most likely led to Perez’ penchant for offensive epithets. The intern was subsequently fired and in a statement the Celebrity Clone Lab have acknowledged that Doug McClure has never starred in either “The Land That Time Faggot” or “The People That Time Faggot”.

The Clone Lab apologise wholeheartedly for the creation of Perez Hilton but they have admitted that they can’t find a net big enough to accommodate his chin and teeth so all hopes of catching this wannabe celebrity is over. 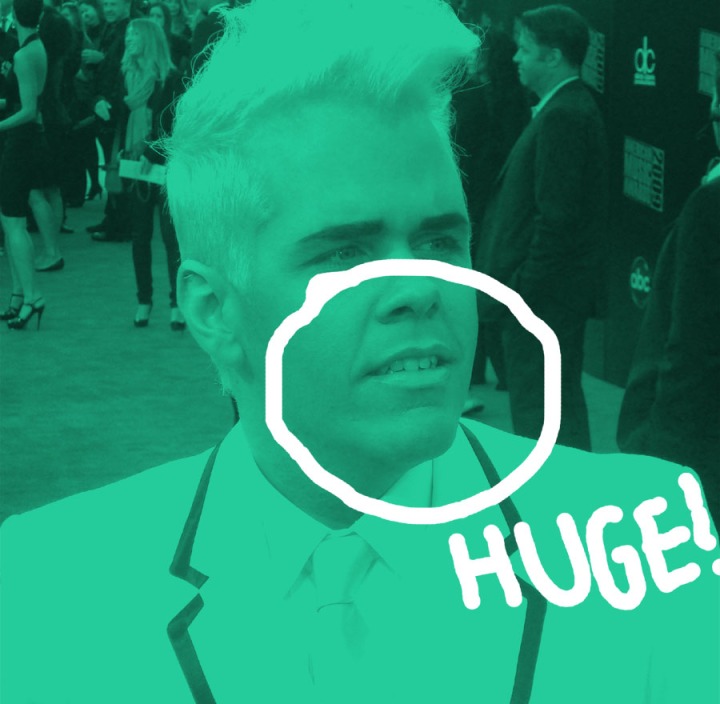