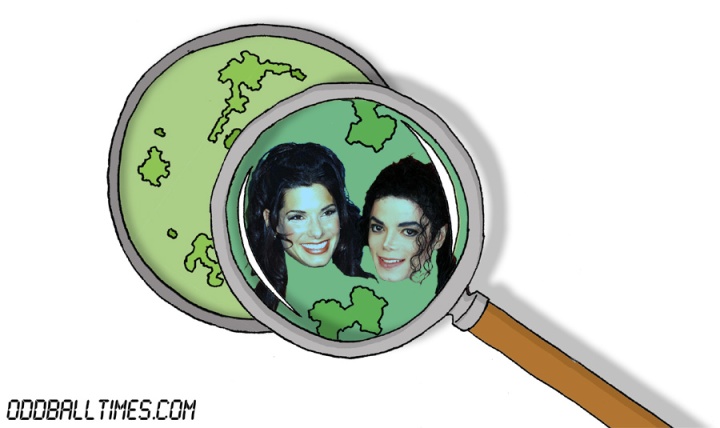 This week in the Celebrity Clone Lab is Sandra Bullock, if you haven’t already realised, she’s a clone of Michael Jackson. Just look at the resemblance!

When or where this cloning took place is a mystery but maybe Sandra’s father John Bullock being a contractor for The Pentagon or her grandfather being a German rocket scientist is an indication that she has secretive military and governmental connections. All very hush, hush and very conspiracy-esque.

Speaking of conspiracy theories, another one to consider is the fact that with so much plastic surgery, was Michael Jackson actually trying to look more and more like his clone? And if so, who really died in 2009? Is it a coincidence that after 2009, Sandra Bullock has made numerous poorly received films? We don’t think so.

So what happened to the fun, bubbly Sandra from Demolition Man, Speed, and Miss Congeniality? It’s very suspect that after Mr. Jackson’s death Miss Bullock has made hugely disappointing movies including The Proposal, All About Steve, and The Heat. Maybe the film Gravity was as close as she could get to a Moonwalk. Wake up people!