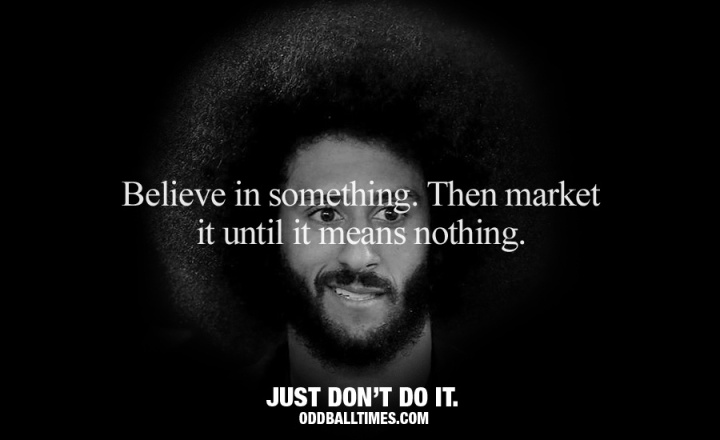 Now that Colin Kaepernick has trademarked his face, I have a fantastic idea for a Kaepernick-endorsed product and since he’s up for marketing himself for the likes of Nike, I’m sure he’ll love my idea. So what hair-brained concept have I come with today I hear you ask? Well, it’s a pair of Colin Kaepernick knee-pads!

These knee pads could be produced by any power tool company from DeWalt to Rolson and just like Nike, once they team-up with Colin, the money will come flooding in! Of course, like Nike, there could be a right-wing, arson-based boycott of these pads but if the manufacturer makes them flame retardant, that would no longer be an issue.

I’ve also thought of a fantastic slogan for the advert: “Take A Knee With… [Insert Company Name Here]” (see the amazing billboard mock-up below) and no, that’s not trivialising police brutality, racism, and protests in any way. Because if you can buy Kaepernick’s face on everything from tea towels to mugs, then why not this? 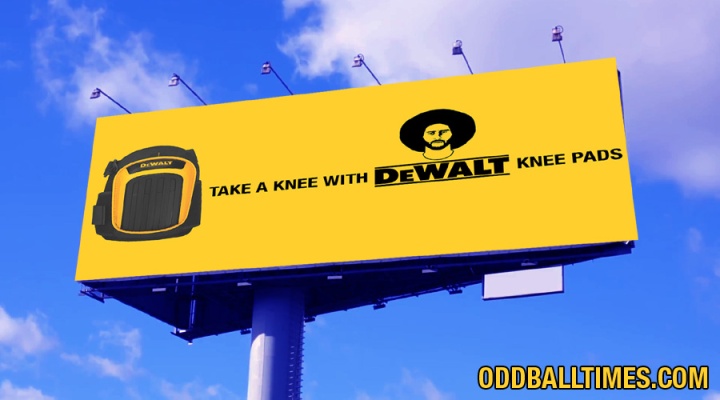