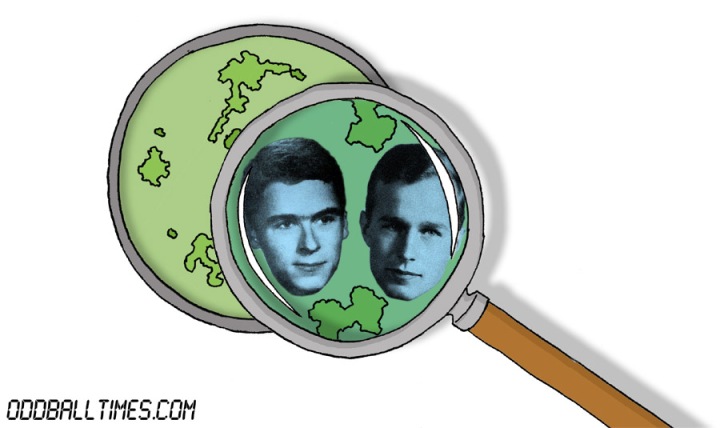 This week in the Celebrity Clone Lab is George H. W. Bush and Ted Bundy, just look at the uncanny resemblance!

The interesting thing about this pair is that one was programmed to go into politics and the other was supposed to become a mass murderer. Unfortunately, even as a Republican, Ted Bundy failed to become a politician but thankfully George Herbert Walker Bush became one of the biggest mass murderers of all time. Sure, Ted Bundy tried to up the ante but killing five women in Florida wasn’t enough to outdo George Bush who would go on to kill over a hundred thousand men, women and children in Iraq.

Bundy did manage to outshine Bush in one aspect of life however; George allegedly only groped women but Ted went all-out and raped them. This achievement led to Bundy being crowned king, although the crown was made of electrodes and the throne was electric. Bush also spent his latter years in a seat of power (a motorised scooter) after which he had a state funeral, so I guess it’s obvious who the real winner is.