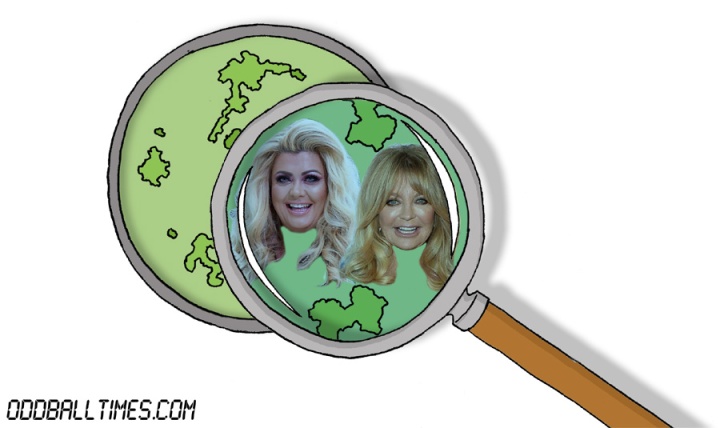 Gemma Collins is most definitely the clone of Goldie Hawn. I mean c’mon, when you take a gander at these two, it’s obvious… they’re so similar-looking that there can’t be any other explanation! But what proof do you have we hear you ask? Well, we think it’s quite telling that Gemma Collins before becoming a reality star, was a used car seller and lo and behold, in 1980 while the GC was gestating in the womb, Goldie Hawn’s partner-to-be Kurt Russell was playing a used car salesman in the cult comedy Used Cars. Holy crap! We hear you say. Something that tenuous has to be true! Disbelieve The Celebrity Clone Lab at your peril.