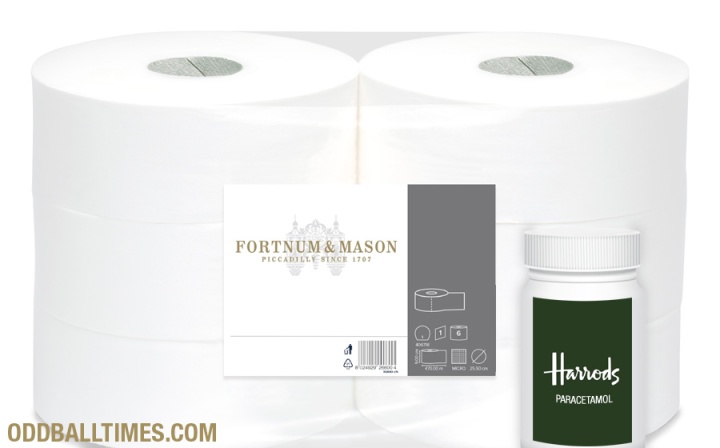 After a flurry of panic buying and hoarding, supermarkets across Britain have put limits into place. Tesco, Sainsbury’s and Asda have all put a three-product limit on various grocery items but what about other retailers? I haven’t heard anything on the news about Fortnum & Mason. Can I only purchase three tins of Baerii Caviar? It’s only an “entry level caviar” and at £55.00 per 30g, I expect people will be stockpiling them in the same way as Warburton bread and Asda’s own-brand penne pasta. And what about corner shops? Harrods’ most expensive wine (Ornellaia 2014 at £2100) will probably not be flying off the shelves (that would be silly) but I expect a mid-range Cabernet Sauvignon 2008 at a mere £210 will be running out faster than Tesco’s Luxury Soft toilet roll!