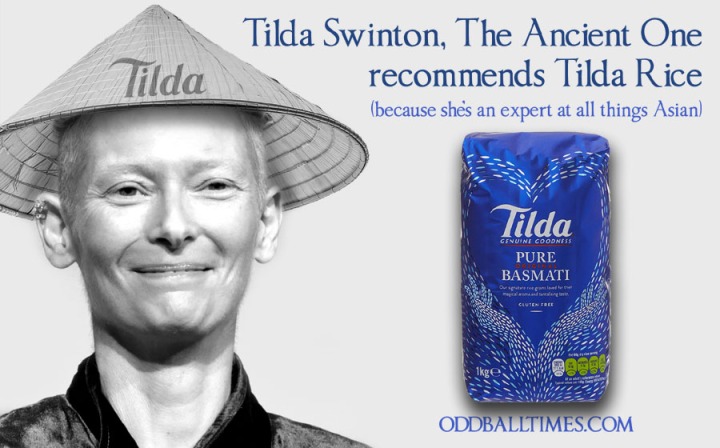 It’s not just my mate, my mucker, mi old fella mi lad B.I./O.S. who comes up with adverts, I have a marvelous idea for an ad too! This one features actor Tilda Swinton, who thanks to her name, can advertise either Tilda Rice or Swinton Insurance. I assume that since Tilda Swinton played an Asian comic book hero named “The Ancient One” in Marvel’s Doctor Strange, she’ll prefer to put her name to the former, and given that Marvel Studios and writer-director Scott Derrickson cast her as a Tibetan, I’m sure everyone involved in this whitewashed production will approve of my advertisement.

If the brand Tilda want to attract the kind of people who only buy products when they’re brought to them by a white celebrity, then my ad concept will certainly work. Since I’m Asian, payment for my idea in the form of a lifetime supply of Basmati rice, no matter how racist, will be considered… just like the film makers and their casting. 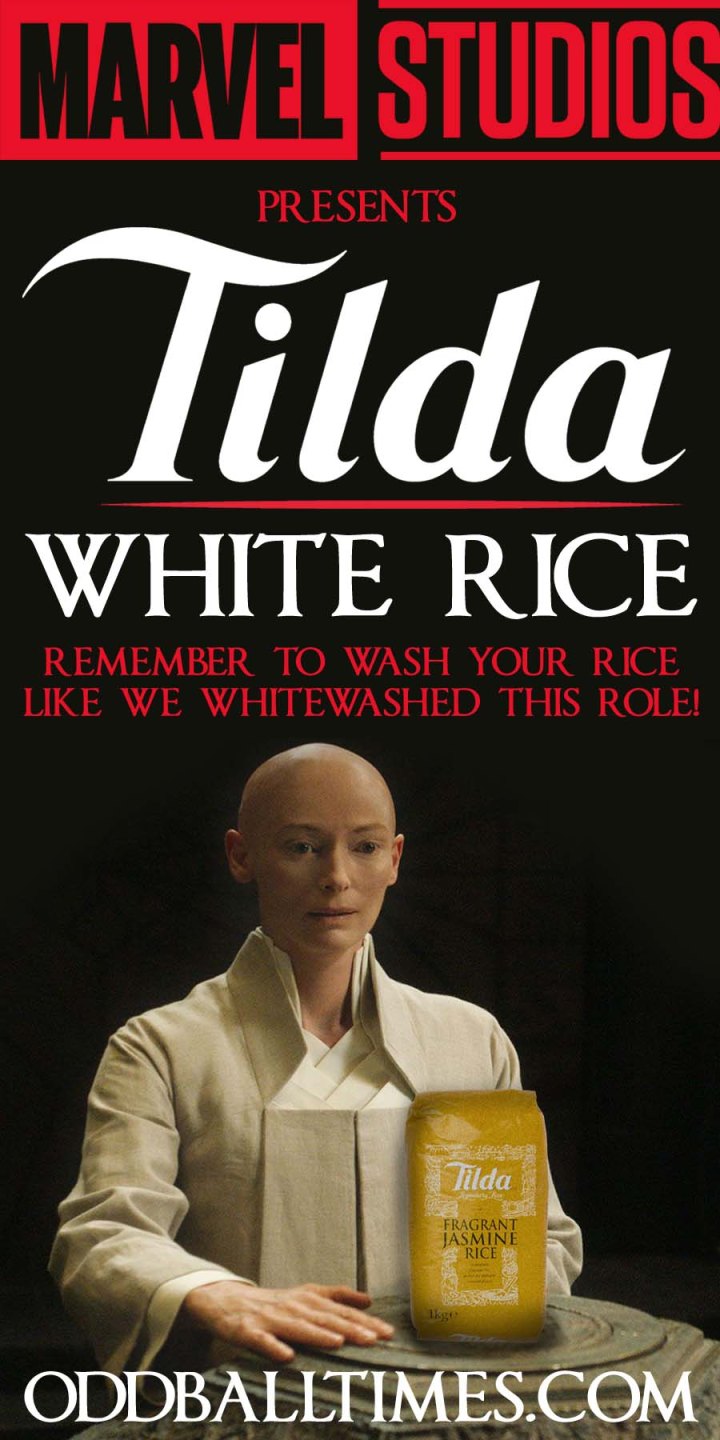