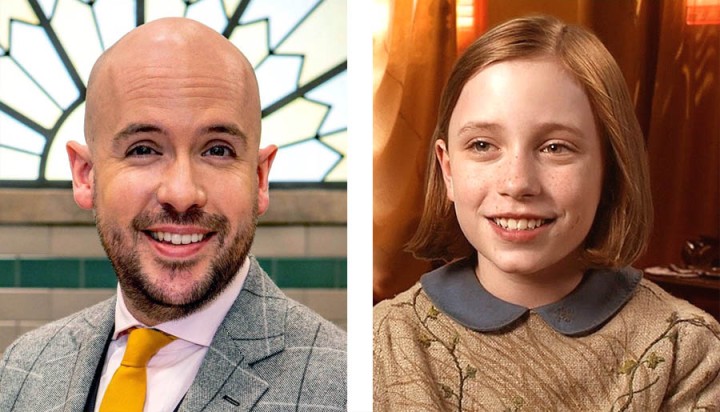 Tom Allen, though popular on television, has never really “made it” in the movies. After appearing in bit parts over the years, Tom has finally bagged a lead role! Unfortunately, he’s had to wear a wig, a dress and change his name. “Dixie Egerickx” is such an obvious, made-up name, but hey, congrats to Tom Allen on starring in The Secret Garden. It’s the big time now Tom!